Challenges and Opportunities in Vaca Muerta

Other that the US and Canada, Vaca Muerta, in Argentina is probably the largest and most active unconventional play in the world. Based on several evaluations, its resources are vast and currently different companies are assessing its true potential at different locations. With an extension of about 30,000 km2 and a reservoir thickness varying from 50 to 500 m (average > 300 m), there are multiple potential landing points for horizontal wells. The target is to identify the most prolific ones for initial development. In addition, there is vast lateral and vertical variability so what is applicable to one area does not work in the same way in another. To make things more challenging, reservoir fluids vary from dry gas to black oil and sometimes with abrupt changes in a limited distance. Its geology is not easier either, the presence of ash beds, carbonate beefs and decoupled layers make difficult for hydraulic fractures to grow as they act as barriers. Normal and strike-slip regimes are common even in the same vertical well which also has an important impact for stimulation of horizontal wells. Active players in Vaca Muerta have de-risked some portions of it with vertical wells and based on their results they have decided different landing points with different results.

This presentation will address the challenges that operators face in the early stage of assessment and how they have been attacking them providing some promising results and ways forward as they move into predevelopment or development. But not all are reservoir related issues, there are also other concerns such as legal, political, logistics, commercial and several others that must be solved as well. Great challenges but also great opportunities at the same time as well! 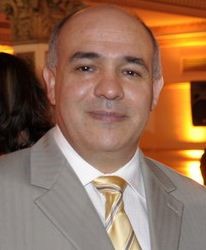 Mr. Ponce is currently the Completion and Stimulation Lead at Wintershall Argentina in the Unconventionals Department.  He earned a degree in Chemical Engineering from National University of Patagonia in Argentina. In addition, he obtained a post degree in Project Management from the University of Belgrano and has attended Manager’s training Program from the Business School at IAE both in Argentina.

With a strong background and experience in Completions and Stimulations, he has worked in other disciplines including drilling, cementing, production and well testing which allows him to integrate multiple disciplines for wells or field evaluations.  Prior to joining Wintershall, Jorge had worked for over 20 years at different companies in several positions  including BJ Services, Amoco, Pan American Energy, BP and Apache. While working for BP in US, he oversaw a Project focused on applying new completion and stimulation technologies and pushing the limits of existing ones for unconventional  reservoirs. As part of the project, he wrote the completion and stimulation handbook for unconventional reservoirs.

He has authored or coauthored several technical papers in national and international publications and he actively participates in technical events and educational institutions. He has given internal and external courses with the sole objective of knowledge dissemination on the application of new technologies. In 2013, he received the SPE South America and Caribbean Region award in Completions Optimization and Production.

Jorge is currently a professor and working on the final project of his post-degree in Unconventional Reservoirs at the Technological Institute of Buenos Aires.  He is member of the SPE, IAPG and ASME.