Deliquification of Horizontal Wells will begin with discussions on applications of horizontal distribution, liquid loading, technologies used in vertical sections and challenges of deliquifying laterals. Presenters will then talk on state of the art technologies being utilized for horizontal wells and moving liquids, and will touch on planning lift methods during the life cycle of the well. The presentation will close with an open question and answer session. 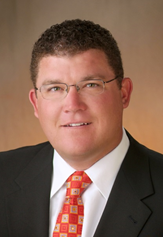 T. Scott Campbell
Scott Campbell is the US Business Unit Sales Manager for the Production Systems Group, Artificial Lift, Wellheads and Production Optimization. Mr. Campbell has been with Weatherford since 1992, with the start of his career at the McMurry Oil Tools manufacturing facility in Huntsville, Texas while earning a B.B.A. Marketing Degree from Sam Houston State University.

Throughout his twenty years of artificial lift experience with Weatherford, Mr. Campbell maintained several positions including Field Sales and Service, District Operations and Sales Manager, Houston Business Development, Denver Account Manager, Rocky Mountain Sales Manager, and Global Business Unit Manager for Deliquification.
As the North American Business Unit Manager for Deliquification Solutions, Mr. Campbell is involved in various industry functions including the SPE, the Denver Gas Well Deliquification Workshop, and has recently served on the ALRDC Board of Directors. Due to his involvement within the industry and his understanding of all forms of artificial lift techniques, Mr. Campbell led the development of the Weatherford Critical Velocity Reducing System (WCVR) which combines the multiple technologies of area reduction, foam assisted flow, and plunger lift to deliver maximum flexibility and unload extended-perforation interval gas wells. 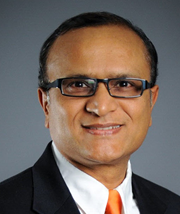 Rajan Chokshi
Rajan works for Weatherford International as a Director of Training for Artificial Lift and Production Optimization Systems in Houston, TX.

In a career spanning for almost 30 years, Rajan has worked on many petroleum and software engineering projects globally in the areas of multi-phase flow, artificial lift design and optimization, and production optimization. He has made many presentations and continues to teach professional courses in the areas of artificial lift, gas lift, sucker rod pumping, multiphase flow, metering and production optimization. Besides training and competency, his interests are developing and nurturing young talent globally; technology integration and commercialization.

Bill Lane
Bill Lane is Vice President of Emerging Technologies for Weatherford Artificial Lift Systems and a member of the Weatherford Unconventional Resources Team. He has been with Weatherford and the former EVI for 19 years in various executive positions including vice presidential positions over the Progressing Cavity Pump Business Unit, the Elastomers Business Unit, Artificial Lift Systems Engineering, Compression Equipment, and Completion Equipment.
Before joining Weatherford in 1994, Lane managed various engineering and manufacturing operations in the U.S. and internationally for Halliburton Energy Services. In 2003 he was the recipient of a Harts E&P Special Meritorious Award for Engineering Innovation.
He holds a BS in Mechanical Engineering and an MS in Mechanical Engineering Design, both from the University of Texas at Arlington. Lane has 37 years of experience in the O&G industry.

Stephen W. Turk
Stephen (Steve) Turk is the vice president of commercialization and competency for Weatherford’s Global Production Systems. A petroleum engineer, Turk has 29 years of experience in the oil and gas industry. Before accepting his current role, Turk was vice president of Sales and Marketing for the US region from 2009 through 2012. He joined Weatherford’s Completion and Production Systems in 2003, and served as global director of the division through 2009.
Prior to Weatherford, Turk was operations manager for Mission Resources Corporation, formerly Bargo Energy, from 1999 to 2003. He gained extensive experience in reservoir and production engineering working in a variety of engineering and managerial positions at Halliburton from 1997 to 1999, and Mitchell Energy and Development Corporation, where he began his career in 1984.
A native of Pennsylvania, Turk earned a Bachelor of Science degree in petroleum engineering from Marietta College in Ohio. He is a member of the Society of Petroleum Engineers.