Hydrogen is increasingly seen as a scalable energy carrier and storage mechanism for decarbonizing a variety of economic sectors in the United States (where recent legislation has earmarked billions of dollars for hydrogen development) and globally.

While hydrogen holds significant promise in this regard, there are numerous technical and infrastructural challenges to address and manage in every phase of the hydrogen value chain.

Join our panelists and moderator as we discuss a broad overview of the hydrogen economy, including use cases, market development, modalities of generation, and a special focus on technical aspects of hydrogen transport and geological storage.

This webinar is categorized under the Projects, Facilities, and Construction technical discipline.

This webinar is a collaboration between SPE, IOGCC, and EDF. 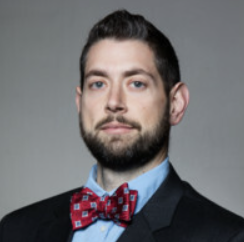 Zachary Evans is the Reservoir Storage Manager for WSP, a global leader in underground energy storage consulting, where he leads reservoir engineering and business development efforts in both traditional natural gas storage and other porous media applications. Mr. Evans has over 15 years of underground storage experience, having spent the majority of his career as a Senior Storage Engineer for the Columbia Gas / TC Energy family of companies operating the continent’s largest underground storage and pipeline system. Prior to his time in storage, he spent several years working as an MWD/LWD engineer for Schlumberger Drilling & Measurements with international placements in Saudi Arabia, Southeast Asia and Australia. He serves on the Southern Gas Association’s Underground Storage Committee, is a two-time chair of the SGA’s Underground Storage Roundtable, served as a team lead for the American Petroleum Institute’s review of underground storage recommended practices, and recently completed service as a member of the Society of Petroleum Engineers International Board as the Regional Director of North America.

Mr. Evans has a B.S. in Petroleum and Natural Gas Engineering from West Virginia University and currently resides in the Charleston, West Virginia metro area. 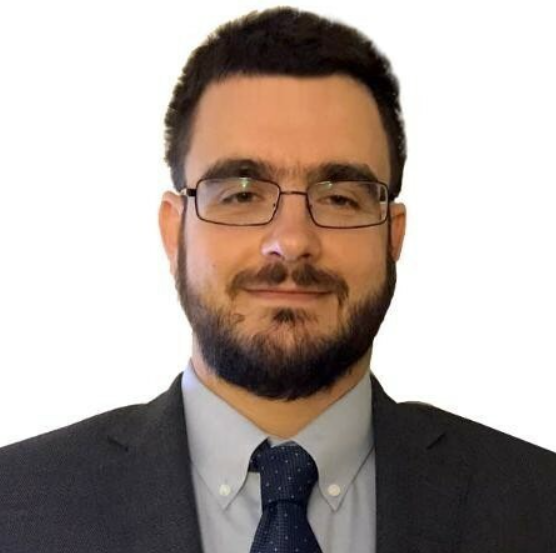 Eugene Holubnyak recently joined the University of Wyoming School of Energy Resources as a Director of the Hydrogen Energy Research Center. He previously served over a decade as a CCUS program lead at the Kansas Geological Survey and spent five years working on the Plains CO2 Reduction Partnership at EERC. He has been a Principal Investigator on over $40M of the Department of Energy and other sponsored research and development projects on CCUS, Hydrogen, and critical minerals.

Eugene is actively advising industry on CCUS and Hydrogen project development. He is working closely with Avalon International, Carbon Solutions LLC, and others.

Eugene has served on multiple professional committees, including the KS Induced Seismicity Task Force, the State Carbon Capture Work Group, and the Regional Carbon Capture Deployment Initiative. Until recently, he organized and led the KS CCUS Task Force and represented Kansas at the CO2 Transport Infrastructure MOU. He also regularly provides training and seminars for the Climate Tech and Carbon Capture & Storage Industry.

Eugene is also interested in space exploration and developments in Advanced Life Support Systems for space settlements. He is continuing research and publication activities in this area. 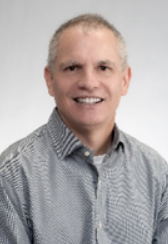 Mark Shuster is the Deputy Director of the Bureau of Economic Geology at the University of Texas at Austin, overseeing the Bureau’s Energy Research Division. Mark also leads the GeoH2 consortium, which conducts research on geological storage of hydrogen, hydrogen value chains, and novel subsurface concepts applied to hydrogen. Mark joined the Bureau in 2016 after retiring from Shell. In Mark’s 30 year career at Shell, he worked in upstream research and exploration as a Geologist, Manager, Vice President, and Executive Vice President in the US, the Netherlands, Australia, Oman, and the U.A.E. on projects across the globe. Mark is a member of SPE, AAPG, and GSA. He is a past president of the Gulf Coast Association of Geological Societies,former Vice-Chair of the American Geosciences Institute Foundation, and Trustee of the AAPG Foundation. Mark has a PhD in Geology from the University of Wyoming.

This SPE webinar is sponsored by the Environmental Defense Fund and the Interstate Oil and Gas Compact Commission.