Topics discussed in this Gaia Talk include:

1. History tends to repeat itself if we don’t learn about it and adapt our strategies and behavior. Recognizing the chequered past of resource development on tribal and first nations’ land in North America, we discuss what opportunities are now emerging that enable connected resource economic development, community and cultural preservation, and ecosystem regeneration, and examine how do we balance quarterly profits with 8-generational thinking to highlight the best options?

2. Looking at oil and gas development going forward, what is a better way to engage with community stakeholders to create alignment and support? And how do we shift the conversation to find common ground where both sides, including Mother Earth, win.

3. Given that native peoples only comprise around 4 to 5 percent of the world's population, but use almost a quarter of the world’s land surface and manage 11 percent of its forests, in what ways can we support and learn from them? 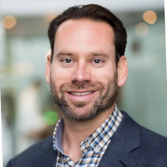 Josh Etkind, Shell Global Deepwater Digital Transformation Manager is an accomplished transformative leader of geographically diverse teams with 21 years of industry experience. Etkind spent the first four years of his career with Schlumberger Integrated Project Management in subsurface & wells project roles, and the last 17 years in Shell in reservoir engineering, wells, planning, decommissioning, and LNG R&D global leadership roles. Etkind serves as CEO of Sanitation for All since 2012, an international NGO focused on providing clean drinking water, sanitation, and education to those in the greatest need in the developing world.  His commitment to public service is further evidenced by his past role as the creator and COO of the Friends of Bethlehem Foundation, and by his continued support of Rebuilding Together, and other similar programs. He holds two patents and has published numerous SPE papers and articles. Additionally, Etkind is a certified sustainability practitioner, a graduate of the University of Cambridge Business & Sustainability Program, and is a Fellow of Loyola Institute of Environmental Communications driven to lead through the energy transition, helping humanity thrive within planetary boundaries. He holds a B.Sc. of Petroleum Engineering from Texas Tech University.

Etkind, an SPE Distinguished Member, has held numerous SPE leadership roles at the section, regional, and international level. He collaborated to create the SPE Young Professionals International Programs, inclusive of creating and serving as a section editor of The Way Ahead magazine, serving as Chairperson of the Young Professionals Coordinating Committee, and helping to set up and run the Ambassador Lecturer Program.  He’s held officer roles on the Trans-Pecos and Delta Section Boards, and created and chaired the SPE Delta Young Professionals Program and the OneVoice Program which later inspired aspects of Energy4Me. He chaired the Online Communities Advisory Committee for seven years and led the development of SPE Connect, the SPE PetroWiki, and other related programs.  He served as an At-Large Director on the SPE International Board of Directors from 2007-10 and chaired the Print and Electronic Media Board Committee. At that time, he was the youngest BoD member in SPE’s history.  At the 2021 ATCE, he starts his term as Chairperson of the Sustainable Development Technical Section and as President of the SPE Gaia Sustainability Program, and finishes a three-year term on the Business Management & Leadership Committee where he led webinar content in support of members’ soft skills development.  He’s served three years on the SPE ATCE Startup Village organizing committee and serves as a coach to help start-ups refine their pitches.  In recognition of his service, Etkind has been awarded the 2004 SPE Young Professional Outstanding Service Award, the 2010 American Petroleum Institute Meritorious Service Award, the 2012 Regional Service Award, and the 2013 SPE International Distinguished Service Award, and the 2021 SPE International Public Service Award. 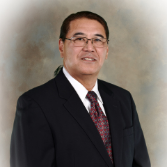 Director of the Office of Environmental Resource Management

Jerry Pardilla is Director of the Office of Environmental Resource Management with the United South and Eastern Tribes (USET).  Prior to joining USET in 2012, his professional career has been devoted to serving Indian Country in Tribal government, Tribal organizations, private sector, and numerous federal committees primarily related to the adoption of Tribal consultation policies. He has an extensive understanding of Tribal natural resource and sustainable development issues, gained through both national and regional service, including Director of the National Tribal Environmental Council and Deputy Director of the Alaska Inter-Tribal Council. Jerry has held leadership positions in the Penobscot Tribal government, including Governor and CEO, Lieutenant Governor, Council Member, and Public Safety Commissioner.

He is passionate about protecting inherent Penobscot sovereignty especially framed by Penobscot treaties and Article VI of the U.S. Constitution, and in preserving Penobscot culture, language, and traditions. Jerry was instrumental in revitalizing the Wabanaki Confederacy which is an alliance of Penobscot, Passamaquoddy, Maliseet, Micmac, and Abenaki peoples.  He has Kiowa lineage as well and following his family traditions was inducted into the Kiowa Gourd Clan which is a Kiowa warrior society. Jerry is a veteran and served as a commissioned officer in the Maine Army National Guard. Jerry and his wife Marla live in Rio Rancho, New Mexico. 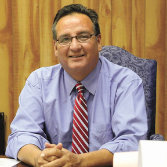 James Roan Gray is the former Principal Chief of the Osage Nation. He was the youngest Chief in the history of the Osage Nation. During his term, Chief Gray led the Osage Nation through a comprehensive restoration of Osage sovereignty, the right to determine their own citizens and form their own government. This led to the enrollment of thousands of Osages who had been left off the rolls for nearly 100 years and a referendum vote that adopted a constitutional form of government for the first time in generations. This effort gave all Osages over the age 18 the right to vote in tribal elections. Chief Gray has served as both Vice Chairman and Chairman of the InterTribal Monitoring Association(ITMA) consulting with the Department of Interior’s management of Native American trust funds. He was elected as Chairman of the Board of the Council of Energy Resource Tribe’s, served as Co-Chair of the National Budget Advisory Council, which sets the priorities for the Bureau of Indian Affair’s $2.3 billion budget. Chief Gray has accepted appointments to the Office of the Special Trustee Board of Advisors, Bureau of Indian Affairs, Native American Rights Foundation, Intertribal Economic Alliance and was President of the Indian Country Renewable Energy Consortium. In the past few years, Jim Gray has passionately served as a Communications consultant for the Native American Agriculture Fund and has held pivotal roles as the Executive Director at Pawnee Nation and as the Chief of Staff (Tribal Administrator) for the Sac and Fox Nation. In the mid-’90s, Jim Gray was a distinguished journalist and Publisher of one of the largest independently owned Indian Newspapers in America, the Native American Times. He guided the newspaper’s growth over the years to become the leading Native American media group in Oklahoma. His work has been recognized over the years by numerous organizations like the Native American Business Development Center. n recent years, he has stayed busy conducting work for the Native American Contractors Association, the Cherokee Nation, the Delaware Tribe, Global Trade and Technology, and as a Tribal Liaison for Norfolk Southern Railroad. Currently, Jim Gray is the Executive Producer for Indian Nations Films, LLC for the film adaptation of “A Pipe for February,” which is a fictional story of the Osage Reign of Terror from an Osage perspective set in the 1920s. Outside of that, he is an adjunct professor at San Juan College in New Mexico. Jim Gray is also a speaker at NW Indian College, Harvard University, and Tulsa Public Library. He also currently serves on the board of Directors for Flower Hill Institute, based in New Mexico. More recently he served as a Sr. Advisor for the Native Americans for Biden-Harris 2020 Presidential campaign in Arizona. On a personal level, Chief Gray is married to Libbi Chissoe Gray (Osage) and is the father of four children, Henry, Naomi, James, and Annette (Nettie) Gray and the stepfather to Mary, Sarah, and Oli Ramirez. He is culturally versed in his Osage Traditions and has been dancing in his tribe’s ceremonial dances since he was six years old.

Other links and resources:

How Returning Lands to Native Tribes Is Helping Protect Nature

Native Knowledge: What Ecologists Are Learning from Indigenous People

How Can I Learn More?

An Indigenous Systems Approach to the Climate Crisis