With excerpts taken from the 2018 Hydrocarbon Economics and Evaluation Symposium, this course provides an overview of the key changes in the 2018 Update, practical examples for interpreting common issues, and usage of the PRMS in regulatory environments.

Expiration: This course expires 12 months from date of registration.

This webinar is categorized under the Reservoir discipline. 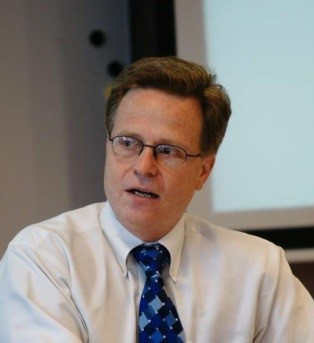 Dan has 33 years of global industry experience and has been employed by Shell International, Total E&P and Encana in various engineering and management roles in development, operations, country management, business development, reserves, and reservoir engineering.  Dan holds BS and MS degrees in Petroleum Engineering from Louisiana State University.  Dan is a member, and prior chair, of the SPE Oil and Gas Reserves Committee (OGRC) since 2011 and was recently lead of the PRMS Update subcommittee.  He has served as SPE’s representative to the United Nations on classification of resources (UNFC), and various committees for resource evaluation ATWs. 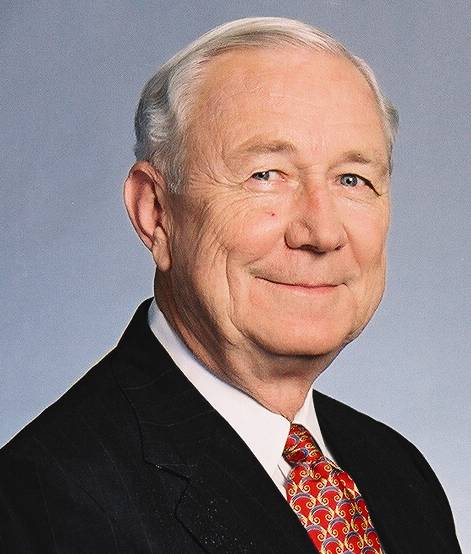 Mr. Harrell is a Petroleum Engineering graduate of Louisiana Tech University and continues as Chairman Emeritus of Ryder Scott Company, Petroleum Consultants.   Ron remains active in the industry as a licensed engineer in three states and serves on several Management and Advisory Boards including corporations, not-for-profit organizations and three universities. He is a Senior Advisor to RSK(UK)LTD, Board member of eCORP International plus Energy Advisory positions for The Carlyle Group and Morgan Stanley private equity energy divisions. 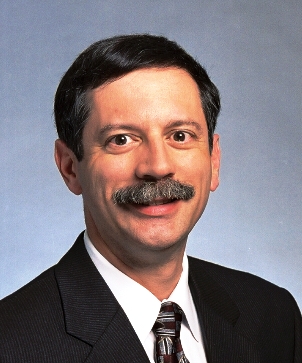 Prior to joining Ryder Scott in 2001, Dan served as a manager of the energy consulting group of PricewaterhouseCoopers, engineering manager of Wintershall Energy, as well as reservoir and drilling positions with Tricentrol Resources and Cities Service Oil Company.  He received his BS in petroleum engineering at West Virginia University and an MBA from the University of Houston.

At Ryder Scott, Olds has worked on projects on a world-wide basis, with responsibility for evaluations done to SEC, PRMS, and NI-151 standards.  He is responsible for projects in the far east and middle east, as well as North America.  He is a member of the audit groups of several major oil companies, as well as working with several national oil companies.

Olds is a licensed engineer in the state of Texas, a past president of the Society of Petroleum Evaluation Engineers and a current member of the SPE Oil & Gas Reserves Committee (OGRC). He served on the OGRC subcommittee that was responsible for drafting the current version of SPE-PRMS. 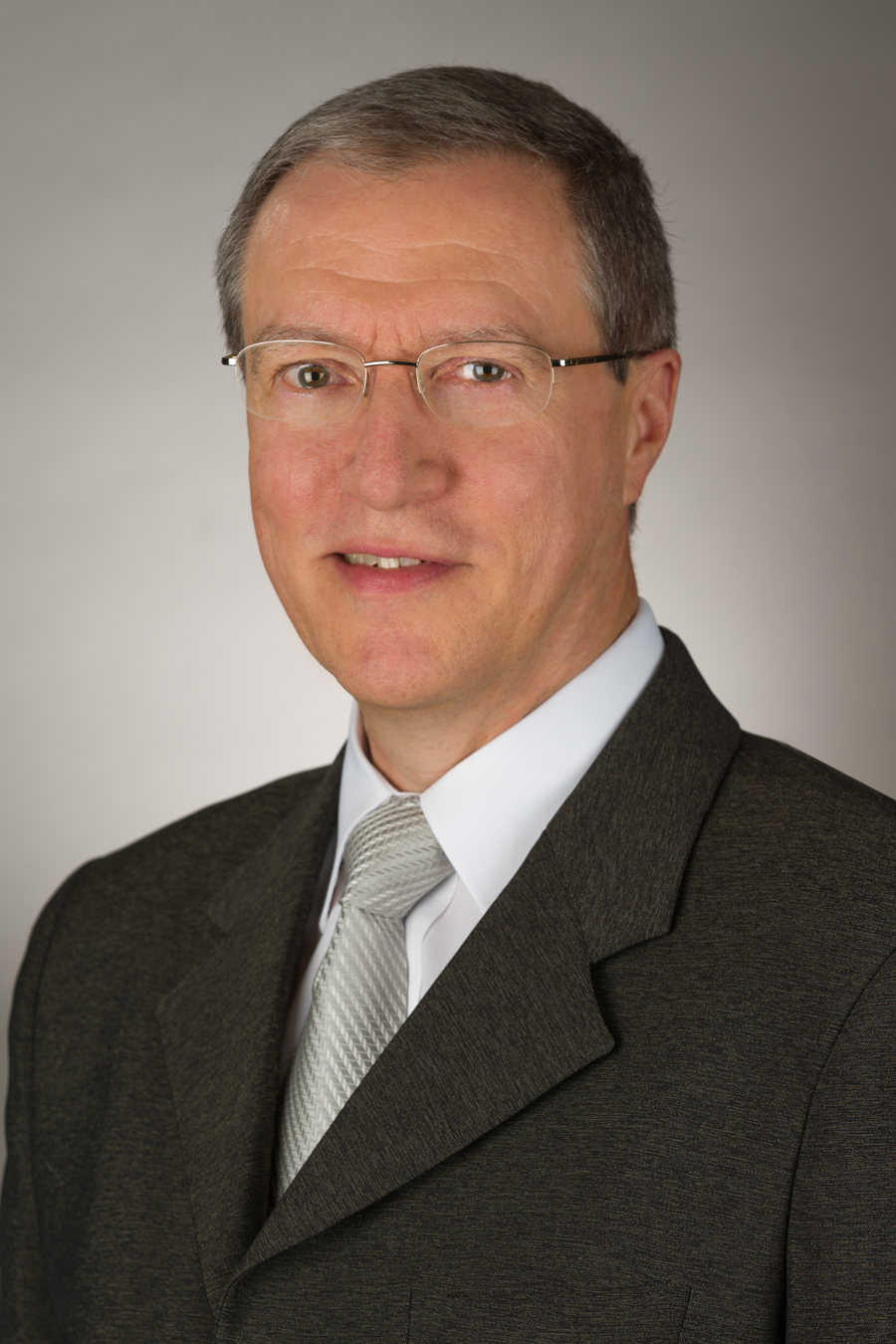 Mr. Seager is a reservoir engineer with over 45 years of experience in the international oil and gas arena and has carried out numerous field studies, reserves assessments, and asset evaluations.  He has also given expert testimony during arbitration hearings.

Throughout his career, Rawdon has been deeply involved with the proper evaluation and reporting of oil and gas reserves and resources, a subject on which he now provides clients with advice and training.  Rawdon has spoken at various industry events as well as presenting in-house and public courses to clients on matters relating to reserves estimation, classification and reporting.  He is currently based out of Houston at Gaffney, Cline & Associates’ western hemisphere headquarters, where he is Chief Reservoir Engineer as well as Global Director of Quality Assurance.

Rawdon began his career in 1972 as a Petroleum Engineer with Shell International in Malaysia, Brunei, the Netherlands and Australia. In 1980 he joined Roy M. Huffington, Inc. in Indonesia where he became Petroleum Engineering Manager, before joining GCA in 1985 with whom he has held senior positions in the United Kingdom, Singapore, Argentina, Venezuela and the USA.

He has a BSc (Honors) in Physics from Bristol University, England and an MSc (Distinction) in Petroleum Reservoir Engineering from Imperial College, London.  Rawdon is a member of the SPE (Past-Chairman of the Oil and Gas Reserves Committee), SPEE (past member of the Board of Directors and current Vice-Chair of the Reserves Definitions Committee), the American Association of Petroleum Geologists and the UK Energy Institute. He is a Chartered Petroleum Engineer in the UK and is registered as a European Engineer with FEANI. 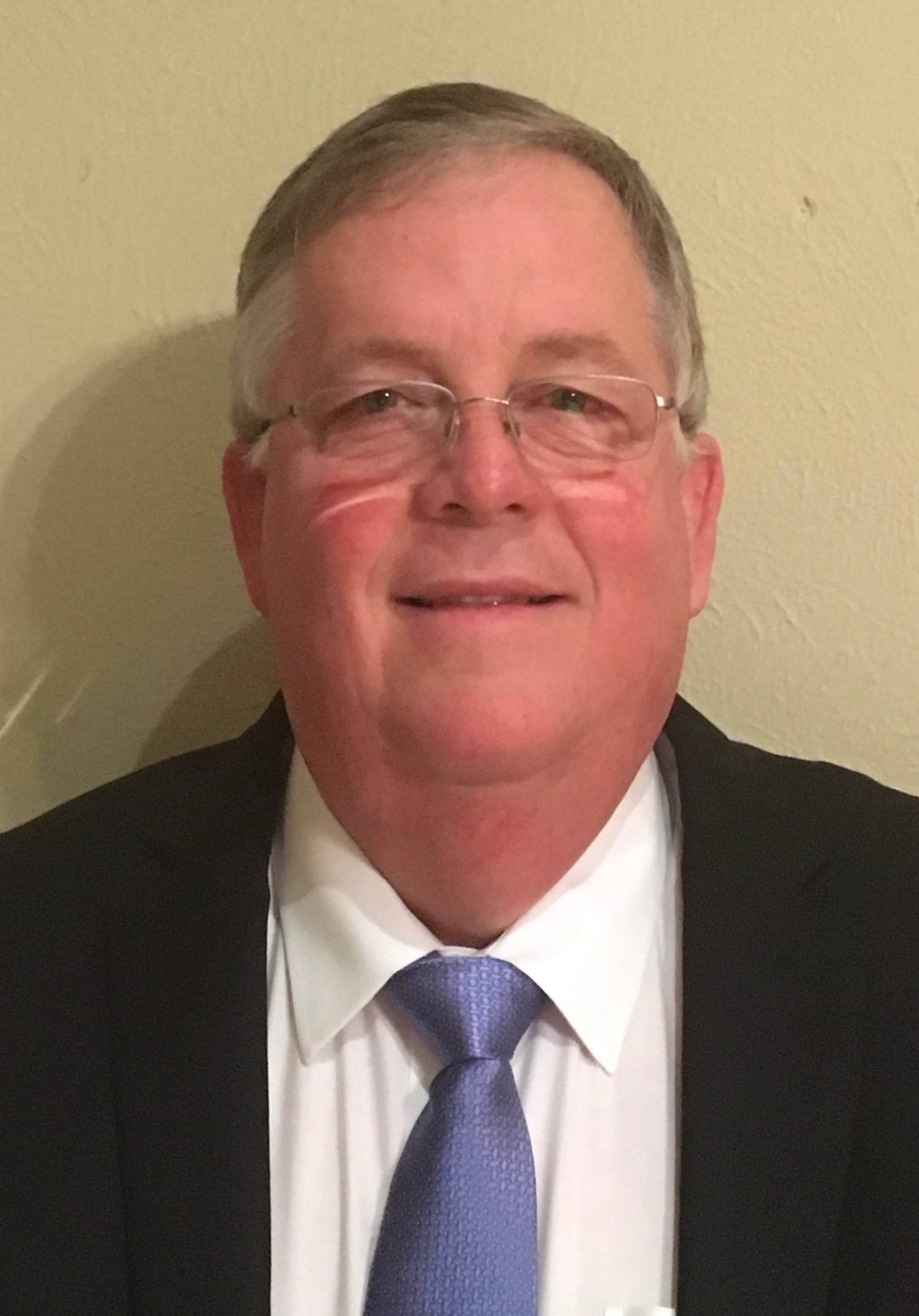 Mr. McCants has over thirty-eight years of experience working in various positions of increasing responsibility. He is currently the Head of Reservoir Engineering at CC Energy Service Inc. Prior to that he held positions in Occidental Petroleum Corporation (Oxy) as Chief Subsurface Manager for the Mid-Continent Region, Director of Reserves and  worked in the Corporate Reserves Group. Additionally, he worked for Altura Energy, a limited partnership formed in 1997 through a combination of the former Amoco Corporation and Shell properties in the Permian basin. He began his career with Amoco Production Company. Steve has a B.S. in Industrial Engineering and is a member of the Society of Petroleum Engineers (SPE) serving in many positions in the Gulf Coast Section, including Chairman, and now serves as the Oil and Gas Reserves Committee (OGRC) Chairman for SPE.

Dr. Quintero was President of the Society of Petrophysicists and Well Log Analysts (SPWLA) from 2016-2017, Vice-President Technology and the recipient of the Medal of Honor for Career Services of SPWLA. Prior to joining Halliburton, he worked as President and Technical Leader of Oilfield Development Specialists (ODS). He obtained a B.S. in Electronic Engineering from Universidad Simon Bolivar (Venezuela), and M.Sc. and Ph.D. degrees in Petroleum Engineering from Louisiana State University.

Luis started his career in 1984 as a wireline engineer in Bhubaneswar and Assam in India (offshore and onshore). He later advanced to positions in petrophysics, reservoir engineering, business development, financial analysis, project management and production management in over 40 countries. Luis is currently a member of the Oil and Gas reserves Committee (OGRC), a member of SPE's Legion of Volunteers, has been a Technical Editor of SPE Reservoir Evaluation, and the winner of SPE’s International PhD Student Contest.

Throughout his career he has had the privilege of offering his thoughts about the oil and gas industry in keynote speeches in India, Colombia, London, Houston, Japan, Kuwait, Nigeria, and Saudi Arabia. Dr. Quintero has written for the World Energy Monthly Review and offered TV interviews in the UK, Azerbaijan, and Colombia. 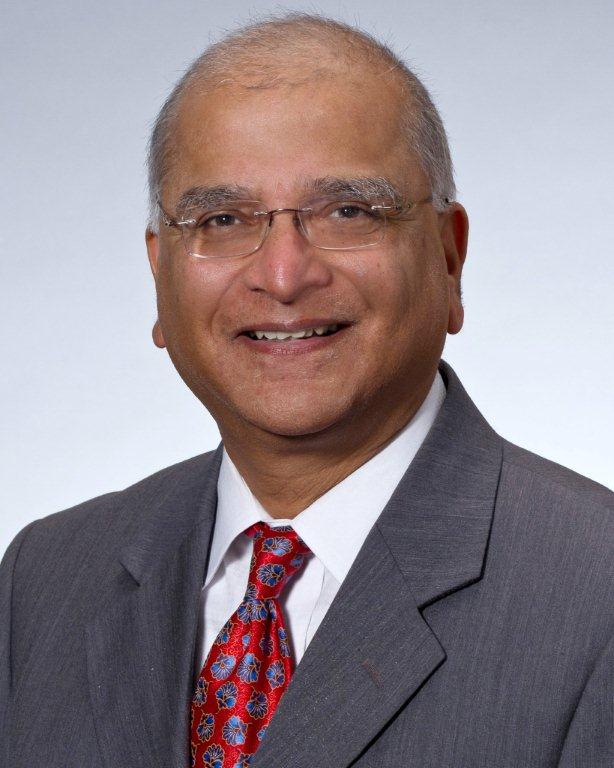 Mr. Gadgil has a Bachelor’s Degree from the Indian Institute of Technology Bombay and a Master’s degree from Rice University in Chemical Engineering. He has 37 years of petroleum industry experience in a variety of roles. Abhijit began his career with Mobil Oil in 1981, gaining increased levels of responsibility in the US and overseas. He worked for 11 years in UK and then in Germany in management positions in reservoir engineering and reservoir development. He returned to the US in 1997 as Manager of Corporate reserves. He continued his career with ExxonMobil in 2000 also as Manager of Corporate reserves. In 2013 Abhijit joined BHP as their Head of Petroleum Reserves. In his career across Mobil, ExxonMobil and BHP, Abhijit was the manager of Corporate Petroleum reserves for 20 years. Abhijit has been a member of the Society of Petroleum Engineers (SPE) for 37 years. He served on the board of the SPE Oil and Gas Reserves Committee (OGRC) from 2004 to 2007 and continues to be active in the OGRC. 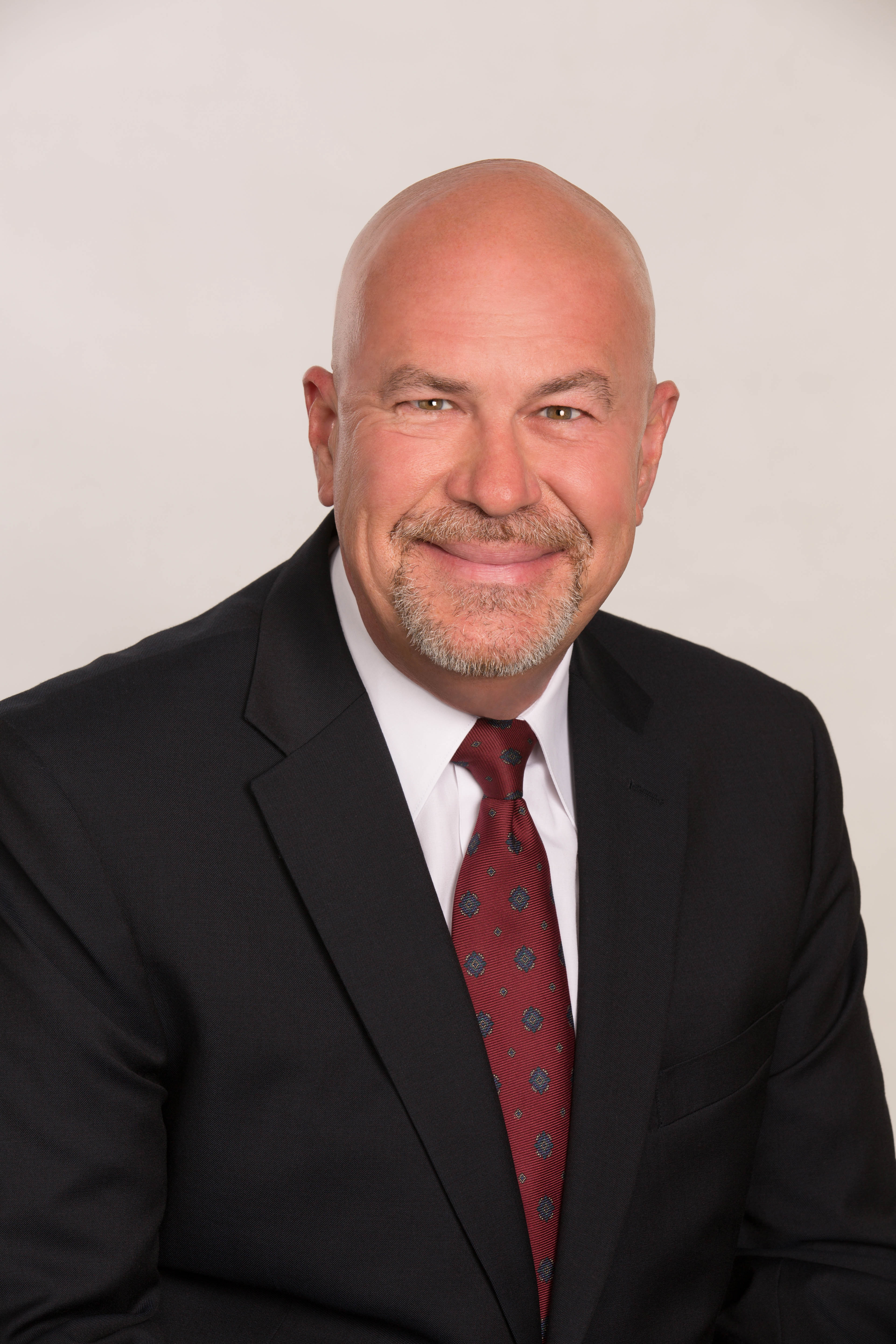 Mr. Sidle is an independent consultant serving training provider PetroSkills, software provider Aucerna and other oil and gas industry clients. His industry experience, including 35 years with Shell Oil Company/Royal Dutch Shell, has primarily been in reservoir engineering and economics with a focus on reserves estimation. Rod is a member of the Society of Petroleum Evaluation Engineers (SPEE), where he is currently the Chair of the Reserves Definition Committee, and a former member of the Board of Directors. He is also a member of SPE and previously served as SPE Distinguished Lecturer and member of the SPE Oil and Gas Reserves Committee (OGRC). Since retiring from Shell, Rod has worked as a lecturer on project evaluation at Texas A&M University in the Petroleum Engineering Department; a Director of Reserves at Occidental Oil and Gas Corporation; and the Reserves Manager for Sheridan Production Company, a privately funded oil and gas producer.  He has co-authored seven SPE papers, primarily on reserves related topics. 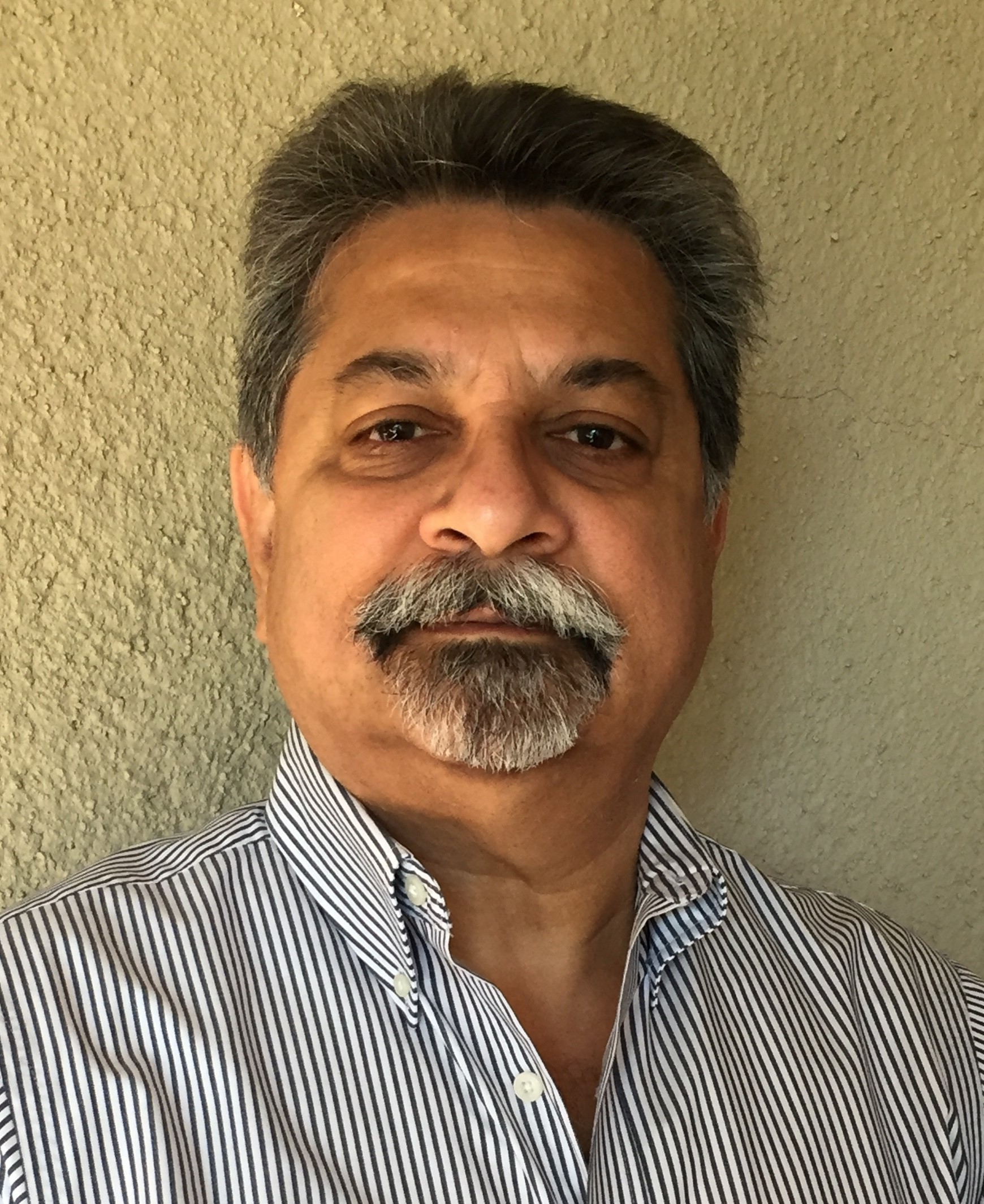 Dr. Chakravarty holds a BS in Mechanical Engineering and a PhD in Computational Fluid Mechanics and Heat Transfer, both from Imperial College in London.  In his 31 year career at Chevron he has held various positions including working offshore in the North Sea as a production engineer, managing NOJV teams in the UK,  leading Simulation Consulting teams in San Ramon and Aberdeen, and more recently working in the Global Reserves as Chair of  Europe, Eurasia and Middle East.  He is a longstanding SPE member and recently served as a member of the SPE Oil and Gas  Reserves Committee (OGRC). 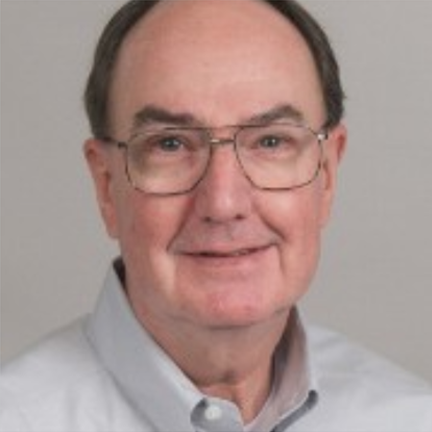 Mr. Young has been involved with resource management activities for more than 30 years in his professional career with BHP, ExxonMobil and Mobil.  He graduated in 1977 with a Bachelor of Applied Science degree from the University of British Columbia. He has served multiple terms on the SPE Oil and Gas Reserves Committee (OGRC) and also served as Chairperson of the OGRC. He has been a contributor to the 2007 and 2018 PRMS and  the companion Application Guidelines published by the SPE in 2001 and 2011.  He is currently lead of the SPE Examples subcommittee. 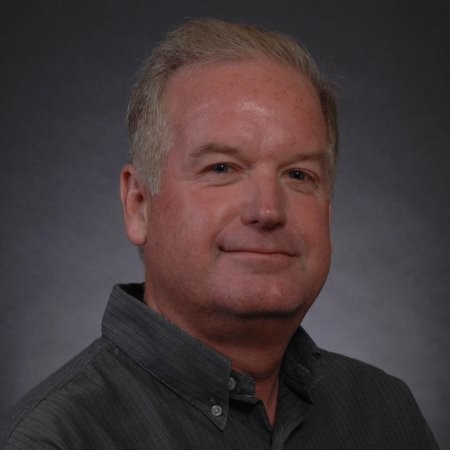 Paul currently works for ConocoPhillips in the corporate investment and evaluations group.  He has worked 32 years with ConocoPhillips in various locations (Europe,  Middle East, Asia, and North America). His expertise is asset optimization, reservoir management and reserves and resource evaluation. He graduated with a Master's degree in Petroleum Engineering in 1987 from LSU. Paul has been active in SPE and served on the Oil and Gas Reserves Committee (OGRC), contributed to the recent version of Petroleum Resources Management System (PRMS), and is currently on the CO2 Storage Resources Management System (SRMS) committee. 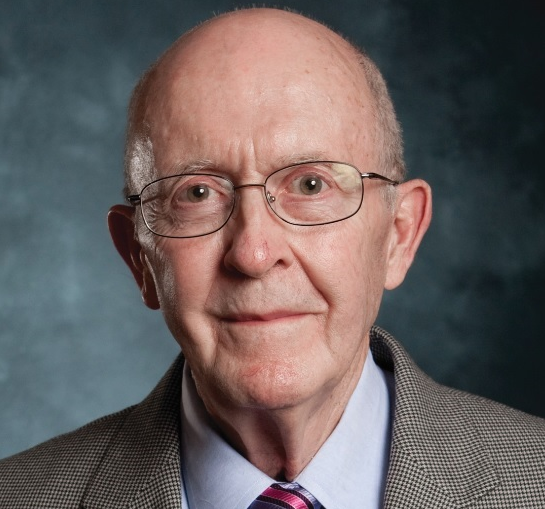 John holds BS, MS and PhD degrees in chemical engineering from the Georgia Institute of Technology. He worked for ExxonMobil early in his career and specialized in integrated reservoir studies. He later joined the Petroleum Engineering faculty at Texas A&M, and became Regents Professor of Petroleum Engineering. While at A&M, he also served as a consultant with S.A. Holditch & Associates, where he specialized in reservoir engineering aspects of unconventional gas resources. He joined the University of Houston faculty in September 2011 and held the Cullen Distinguished University Chair until September 2015, when he rejoined the Texas A&M Faculty. He served as an Academic Engineering Fellow with the U.S. Securities & Exchange Commission (SEC) in Washington during 2007-2008, and was a principal architect of the modernized SEC rules for reporting oil and gas reserves. He and his team received the SEC’s Law and Policy Award in 2009. John is the author/co-author of four textbooks published by SPE and has received numerous awards from SPE, including the Lucas Medal, the DeGolyer Distinguished Service Medal and Honorary Membership. He has received Distinguished Achievement and Honorary Life Member Awards from SPEE. He is a member of the U.S. National Academy of Engineering and the Russian Academy of Natural Sciences.

Mr. Gardner joined BBVA Compass in 2012, bringing four decades of petroleum engineering experience in domestic and international upstream project evaluations. He previously worked for El Paso E&P (now EP Energy), DeGolyer and MacNaughton, Williams Energy, and Schlumberger. He has reservoir and project management experience domestically and internationally, and is skilled in economic and government reserves reporting. He has led diverse personnel groups that have included engineers, geologists, business analysts, and IT professionals. Steve earned a B.S. in Mechanical Engineering from California Polytechnic State University San Luis Obispo California and an M.S. in Petroleum Engineering from the University of Houston. He is a 35+ year member of SPE and served on the Oil and Gas Reserves Committee (OGRC) on the 2017-2018 update to PRMS – also a member of the Society of Petroleum Evaluation Engineers (SPEE) and a registered PE in Texas.