Join us for this SPE Live with two young professional entrepreneurs as they discuss their success paths and obstacles.

The following topics discussed in this SPE Live include:

1. The challenges for an entrepreneur

2. Differences between working in Academia and as an employee with funding a company

3. Experience of a female co-founder and importance of diversity and inclusion

This SPE Live is categorized under the Management technical discipline. 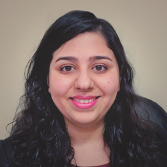 Bita Bayestehparvin is a software expert-thermodynamic specialist at Schlumberger based in Calgary, Canada. Before joining VMG, she worked as a subsurface development and technology engineer at CNOOC. Bayestehparvin holds PhD and MSc degrees from University of Calgary in petroleum engineering and a BSc degree in chemical engineering from Sharif University of Technology. Her technical interests include phase behavior modeling, reservoir characterization, pore-scale simulation, unconventional reservoirs, and enhanced oil recovery. Bayestehparvin has actively contributed to the SPE community by publishing papers and volunteering at events and conferences since 2011. 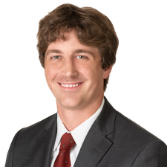 Conventionally, hydraulic fracture simulation and reservoir simulation are handled with separate codes, but ResFrac is a combined hydraulic fracturing, wellbore, and reservoir simulator. The company licenses software to operators and also provides professional services, serving operators as a software-as-a-service solution. It is used by more than 35 companies, including most of the top 20 oil-producing companies in North America. Through ResFrac, McClure has organized two collaborative industry studies with operators, one on diagnostic fracture injection testing and the other on parent/child interactions. The company won the People’s Choice and Rising Star awards at the 2018 SPE Annual Technical Conference and Exhibition Startup Village competition, and was recognized as a Most Promising startup at the 2018 Offshore Technology Conference Startup Roundup.

Before founding ResFrac, McClure was an assistant professor at the University of Texas at Austin in the Department of Petroleum and Geosystems Engineering. After earning a BS degree in chemical engineering and a master’s degree in petroleum engineering from Stanford University, McClure stayed on to earn a PhD in energy resources engineering. His academic research focuses on hydraulic fracturing, diagnostic fracture injection tests, induced seismicity, and enhanced geothermal systems. 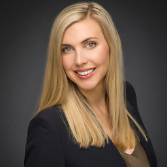 Ashley Zumwalt-Forbes is an engineer with 9 years’ experience in acquiring, financing, and developing both greenfield and brownfield natural resources projects around the globe. She currently serves as a director, cofounder, and president of Black Mountain Metals, a private battery metals mining company; Black Mountain Exploration, a private natural gas company; and Black Mountain Carbon Lock, a private carbon-negative company.

A few months into working for Black Mountain’s oil and gas upstream unit, while investigating a way to diversify the company’s revenue streams to take advantage of the global electrification trend, Zumwalt-Forbes came up with the strategy to start Black Mountain Metals to mine Class I nickel sulfide, which goes into lithium-ion battery cathodes, and copper, which is a conductor in electrical systems. She identified opportunities in Western Australia, raised around $75 million from investors, and facilitated the acquisition of a nickel-copper-cobalt mine called Lanfranchi in Kambalda and 20% of a nickel mining company called Poseidon Nickel. She built operating systems and corporate processes from the ground up to ensure adequate controls on safety and capital expenditure, and established the reputation and brand for the company in Perth.

Prior to joining Black Mountain in 2017, she worked in lead engineering roles at ExxonMobil and XTO Energy, managing drilling, completions, and planning aspects of international shale exploration, laying the groundwork for greater than $1 billion in capital deployment.

Zumwalt-Forbes serves as a strategic advisory board member for Hennessy Capital and is a member of the advisory boards of the Female Venture Fund, TCU Energy Institute, Polestar, and the University of Oklahoma’s School of Petroleum Engineering. She holds a BS degree in petroleum engineering from the University of Oklahoma and an MBA from Harvard Business School. Zumwalt-Forbes was recently highlighted as the featured honoree on the 2020 Forbes 30 under 30 in Energy list