The ability to detect interference between frac’ed and nearby wells is important to optimize completion strategies (most obviously well spacings and/or pumped volumes). And it is advantageous to be able to detect such interference in time to make operational decisions such as when to shut down or move to the next step in delivering a complex pumping schedule, to avoid over- or under-pumping.

Interference between a frac’ed well and its neighbors can be detected using surface or downhole pressure changes induced in the neighbor well by direct connections between the pumped well and the neighbor well and/or by casing deformation induced by the offset frac; or by temperature changes or deformation associated with the interfering frac detected using fiber run into the neighbor wellbore or permanently installed as part of the completion. The benefits and drawbacks of these techniques are well known. These may include the requirement to run equipment into the well or to modify or add additional operational procedures.

A new method which adds pressure pulsing in the offset well in addition to pressure monitoring can overcome some of these shortcomings. It can differentiate between interference due to direct connections and that from “stress shadow” effects; it requires no downhole equipment; and it does not involve major changes in operational procedures. Because if does not require computationally intensive inversions of the detected signals it can be used in near real time to change operational procedures if necessary.

The method requires only that there be a continuous connection between the surface and a previous frac stage in the offset well and that no operations are conducted in that well while monitoring. Pressure is measured at the surface to identify in the standard way, based on divergence from expected pressure responses (e.g., post shut-in pressure decay) interference of the pumped well with the offset well. Acoustic pulses propagated up and down the offset well, generated by an engineered surface source, are inverted to detect changes in the conductivity of the connection to the well of the previous frac system. Because conductivity is a function of net pressure (or, in a “closed” frac or a permeable volume, of effective stress), an increase in conductivity reveals an increase of pressure or a decrease of stress, whereas a decrease reveals an increase of stress or a decrease of pressure. If pressure and conductivity both increase or decrease, it suggests that there is a direct connection between the frac’ed well and its offset neighbor. If one increases and the other decreases, it suggests that the pressure response is due to a “stress shadow” of the pumped fracture acting on the offset well sensing fractures. Examples of using this method to detect and analyze interference between frac’ed and neighbor wells will be presented. 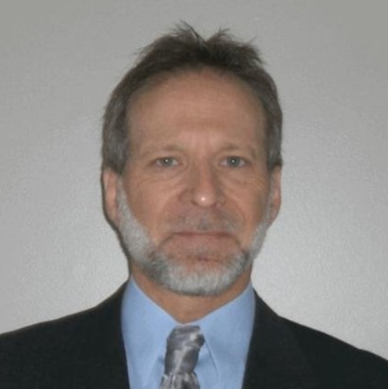 Dr. Moos has more than 40 years of academic and industry experience in geomechanics and reservoir description. He has published extensively and holds numerous patents in areas as diverse as wellbore imaging; modeling production optimizing stimulation in fractured reservoirs; acoustic direct hydrocarbon detection; and diagnosing the effects of water hammer on injectors. He has a BS from Cornell and a Masters and PhD from Stanford. He then joined the Lamont-Doherty Earth Observatory as a founding member of its Borehole Research Group and participated in several Ocean Drilling Program scientific cruises. He subsequently returned to Stanford and was a co-founder in 1996 of Geomechanics International. GMI was acquired by Baker Hughes in 2008; Dan was elected a Baker Hughes Technology Fellow in 2012. He left Baker Hughes in 2016 and continues to explore innovative new approaches to solving industry problems through his consulting practice. Most recently he has been assisting Seismos to develop innovative applications of their acoustic pulsing and frac monitoring technologies. He is an Honorary Member of the AIME and a Distinguished Member of the SPE.

Content for this webinar is provided by Seismos. By registering, your contact information will be shared with the sponsor.