Data Driven Analytics in the Upstream Oil and Gas Industry
Shahab D. Mohaghegh
When it comes to data driven analytics there seem to be more questions than there are answers. This is quite natural when a novel technology tries to find its rightful place in a well-established industry. In this section of this three-part presentation, we attempt to address the questions that usually arise by petroleum professionals when data driven analytics is brought up. The objective is to clarify some of the confusion that seem to be surrounding the practical and useful implementation this technology in the upstream oil and gas industry.
The questions that will be addressed are: What is Data-Driven Analytics / Data Analytics? What are the main components of this technology? Who should be the owners and the champions of Data-Driven Analytics in a company? Is this an IT related technology or is more related to drilling, completion, geosciences, reservoir and production engineering? What are the commonalities and differences between the application of this technology in the oil and gas industry as compared to other industries? Who are the main players? What expertise are required? What is the relationship between Data-Driven Analytics and Physics? Is it really a black box? How does “Big Data” relate to data driven analytics? What is the manifestation of “Big Data” in our industry? How should this technology be incorporated in the operating companies? Who are the vanguards in our industry? Why is the academia not involved?

Geoscience Data Analytics: What can it do for me?
Dr. Srikanta Mishra
“Data analytics” has become quite the buzzword in recent years across a multitude of disciplines ranging from marketing to science and engineering. It involves analyzing data using advanced statistical methods to understand hidden patterns of association and input-output relationships in large, complex, multivariate data sets. The field of geoscience data analytics, i.e., the application of data analytics in E&P operations, is also emerging as an exciting new development. In this talk, I will provide an overview of various data analytics techniques that can be applied to understand “what the data say” in the context of oil and gas operations. Examples from reservoir characterization, production evaluation and reservoir performance will be used to demonstrate the applicability of these techniques and their potential for extracting data-driven insights as an aid to improved decision making.

This webinar is categorized under the Data Science and Engineering Analytics discipline. 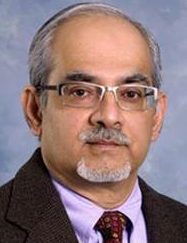 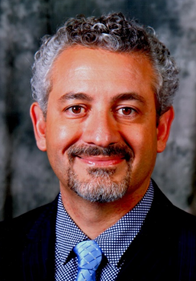 Dr. Luigi Saputelli is a petroleum engineer with 24 years' experience in reservoir engineering, field development, production engineering, drilling engineering, production operations and oilfield automation projects. He holds a PhD in Chemical Engineering (2003) from the University of Houston, a M.Sc. in Petroleum Engineering (1996) from Imperial College, London, and a B.Sc. in Electronic Engineering (1990) from Universidad Simon Bolivar, Caracas, Venezuela

He has published more than 60 industry papers and three patents on applied technologies for reservoir management, real time optimization and production operations.

He is currently the president of Frontender Corporation, and he is currently engaged in various Digital Oilfield implementations around the world. 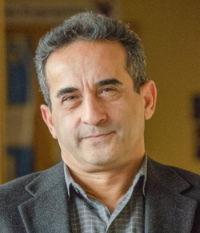 Shahab D. Mohaghegh, a pioneer in the application of Artificial Intelligence and Machine Learning in the Exploration and Production industry, is Professor of Petroleum and Natural Gas Engineering at West Virginia University and the president and CEO of Intelligent Solutions, Inc. (ISI). He is the director of WVU-LEADS (Laboratory for Engineering Application of Data Science).

Including more than 30 years of research and development in the petroleum engineering application of Artificial Intelligence and Machine Learning, he has authored three books (Shale Analytics – Data Driven Reservoir Modeling – Application of Data-Driven Analytics for the Geological Storage of CO2), more than 200 technical papers and carried out more than 60 projects for independents, NOCs and IOCs.

He is a SPE Distinguished Lecturer (2007 and 2020) and has been featured four times as the Distinguished Author in SPE’s Journal of Petroleum Technology (JPT 2000 and 2005). He is the founder of SPE’s Technical Section dedicated to AI and machine learning (Petroleum Data-Driven Analytics, 2011). He has been honored by the U.S. Secretary of Energy for his AI-based technical contribution in the aftermath of the Deepwater Horizon (Macondo) incident in the Gulf of Mexico (2011) and was a member of U.S. Secretary of Energy’s Technical Advisory Committee on Unconventional Resources in two administrations (2008-2014). He represented the United States in the International Standard Organization (ISO) on Carbon Capture and Storage technical committee (2014-2016).