The industry has devoted a great deal of attention in recent years to production decline models that might serve as alternatives to the Arps hyperbolic decline model for hydraulically fractured wells with long-duration transient flow. These efforts have arisen because the Arps model was developed for reservoirs in the boundary-dominated flow regime, whereas much onshore development in North America has focused on ultra-low permeability reservoirs, such as shale, which may remain in the transient flow regime for many months or years. 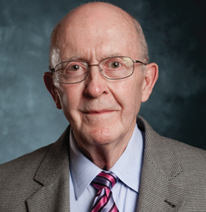 John Lee is Professor of Petroleum Engineering and holder of the Cullen Distinguished University Chair at The University of Houston. Lee holds BS, MS and PhD degrees in chemical engineering from the Georgia Institute of Technology.

Lee joined the University of Houston faculty in September 2011. He served as an Academic Engineering Fellow with the U.S. Securities & Exchange Commission (SEC) in Washington during 2007-8, and was a principal architect of the modernized SEC rules for reporting oil and gas reserves.

Lee is the author of three textbooks published by SPE and has received numerous awards from SPE, including the Lucas Medal, the DeGolyer Distinguished Service Medal and Honorary Membership. He is a member of the U.S. National Academy of Engineering and the Russian Academy of Natural Sciences.